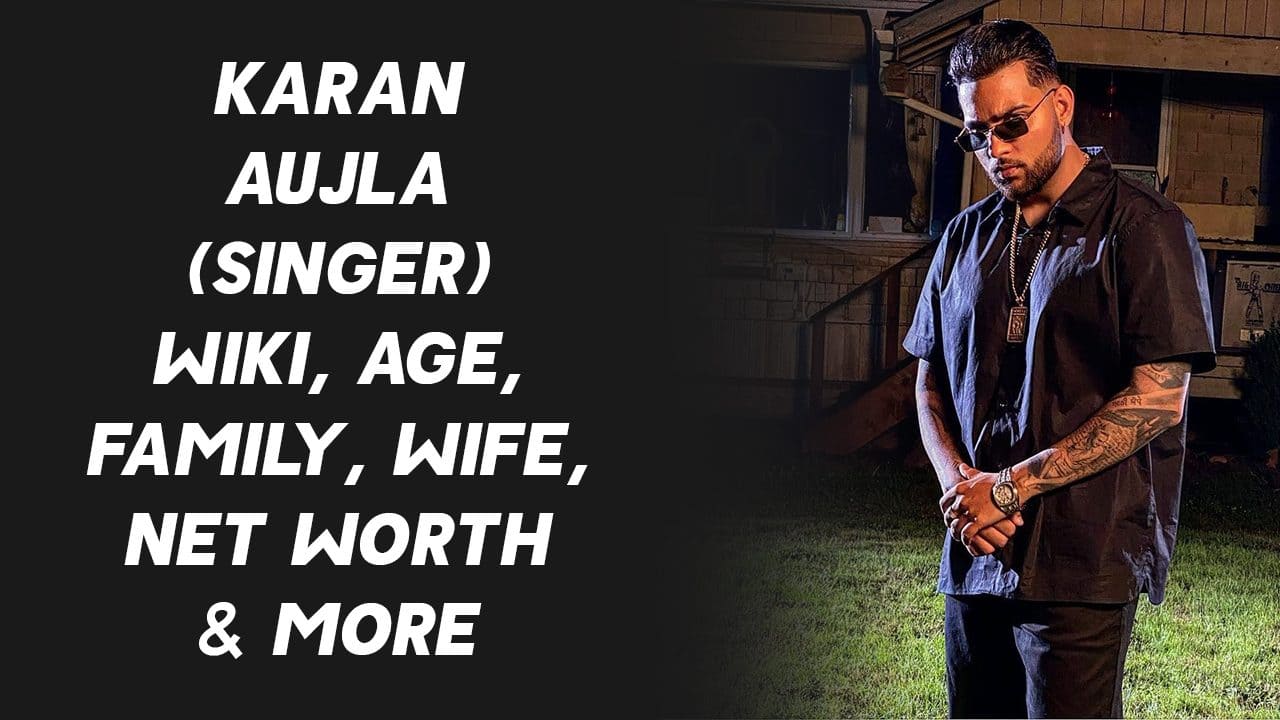 Some people in the world are simply born for the stage; other people work hard, achieve their goals and stay motivated throughout their lives. Jaskaran Singh Aujla, or more famously known as Karan Aujla, is one of those people. Let’s find out more about him through the following article.

Karan Aujla, born as Jaskaran Singh Aujla, Karan Aujla is an excellent lyricist, singer and rapper. He was born in Ghurala, Punjab, India, in the year 1997 on January 18. He is quite known for his work in Punjabi Music. Currently, he resides in Canada. 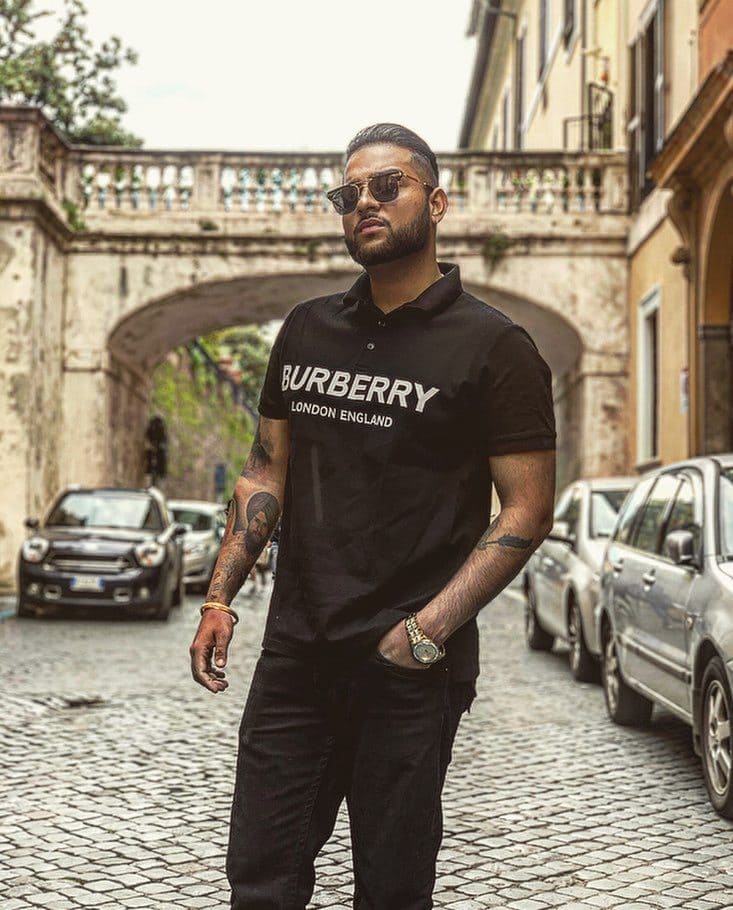 Karan Aujla’s current age is 24 years old (as of 2021). According to his birthdate, he is a true Capricorn since he possesses traits like loyal, outgoing, charmingness, and being severely independent. He belongs to Sikhism and is a Jatt.

Born to father Balwinder Singh Aujla and mother Rajinder Kaur, Karan Aujla is an only child. Due to unfortunate incidents, when Karan was only 12 years old, his father died due to a car accident. Shortly after, his mother, who was already sick from cancer, died eight months after his father had passed.

The loss of both his parents at such a young age had left him grief-stricken and took him quite a while to cope. He took refuge in music. His father was known for writing songs, quotes, and lyrics; following in his footsteps, Karan started penning down lyrics to several songs.

He shifted to Canada, and there he met the love of his life and his current wife, Palak Aujla. They got married in January 2019 and dated for several years before getting married and settling down in Canada. 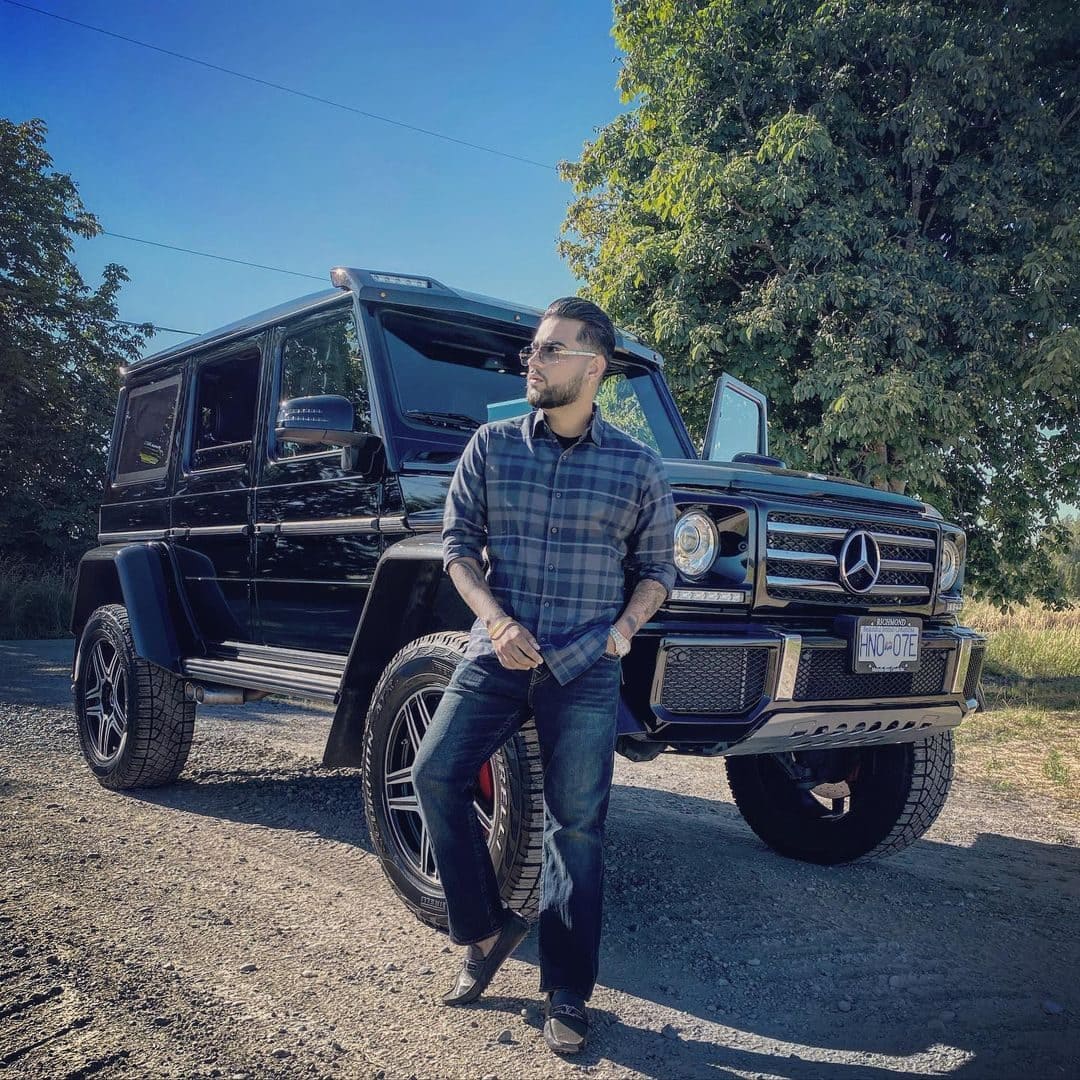 He was passionate about music right since his childhood; however, his real boost came up in Canada when he had a meeting of a lifetime with Punjabi’s famous music director Deep Jhandu and Punjabi’s famous singer Elly Mangat. When he met them, he had already written a song for Jassi Gill, titled “Range”, from his album Replay. Back then, even Deep Jhandu and Elly Mangat were not that famous yet; however, they both saw the potential Karan Aujla had and decided to take him in and motive him to make music.

Karan Aujla and Deep Jandhu performed a song together in the year 2016, which was named ‘Property Of Punjab‘. After that, Karan Aujla succeeded as a lyricist when his song ‘Alcohol‘ came out in 2017. 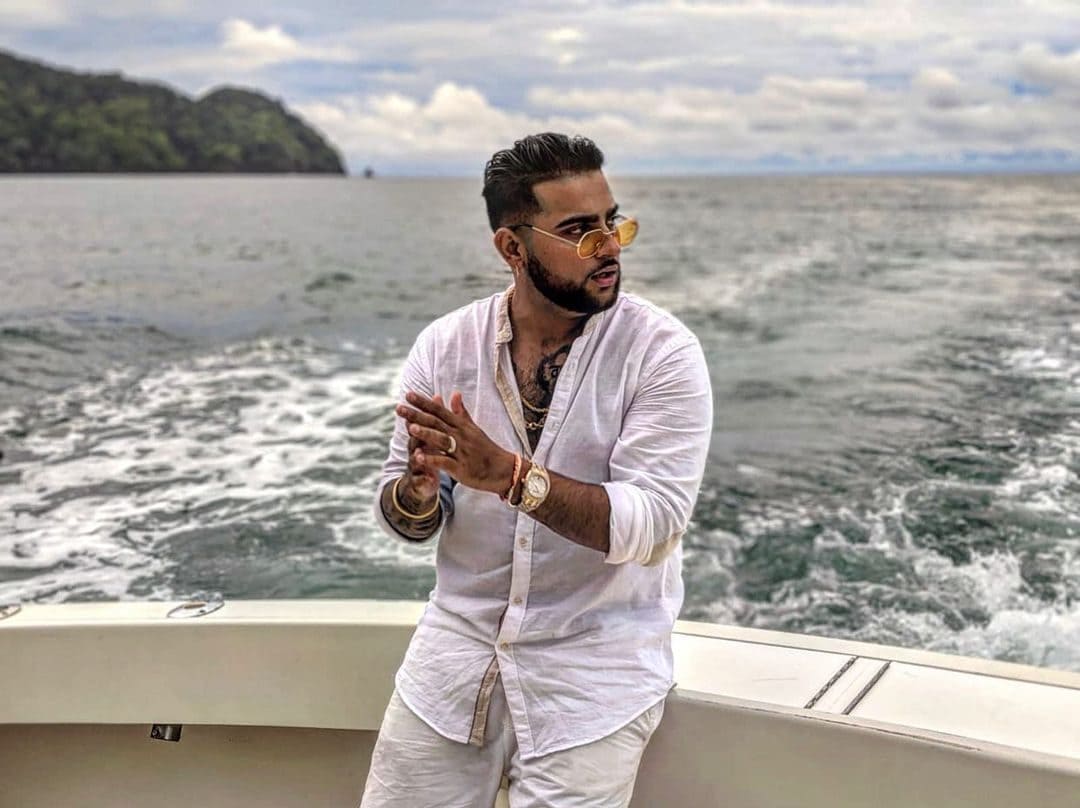 “Don’t Worry” (featuring Gurlez Akhtar) was his first song to enter UK Asian chart, and it was released in 2018, right when he was slowly becoming a mainstream artist. Other tracks such as “Yaarian Ch Fikk”, “Unity”, “Alcohol 2”, and “Lafaafe”. In 2020, his singles “Jhanjar”, “Red Eyes”, and “Kya Baat Aa” entered the top 10 in the chart, while “So Far” entered the top 5.

He is best known for the songs “Don’t Look”, “Chitta Kurta”, “Don’t Worry”, “No Need”, and “Sheikh”. Fourteen of his singles as a lead artist have featured in UK Asian chart by Official Charts Company, while seven have featured in Global YouTube music chart.

He has worked with several famous artists such as Gill, Mangat, Gagan Kokri, Jazzy B, Bohemia and Sukh-E. Before he was famous, he worked at a part-time job as a longshoreman in British Columbia. 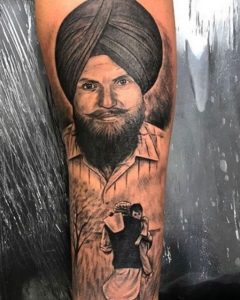 He has several tattoos. His parents face on one arm, and on the other, he has Bhagat Singh and Udham Singh  on his left arm.

To achieve massive success at such a young age is quite daunting in itself and has several advantages and disadvantages. He has been involved in quite a few controversies. His most famous controversy is the one with  Sidhu Moose Wala. Elly Mangat revealed in an interview that the problems between the two began when Sidhu’s video targeting Aujla in his song was leaked to Aujla’s management. This led to them threatening Sidhu. As a retort, both of them started targeting each other on various social media. It truly came to the limelight when Karan released the song “Lafaafe”. In retortion, Moose Wala released the song “Warning Shots”. He was criticised for singing songs promoting violence and warned by policemen to stop making such songs.

The war ended briefly but resumed when they were both were given songs in a Punjabi movie named “Sikander 2”. After finding out that Karan Aujla had also provided a song to the movie, Mosse Wala removed his song from Youtube.

This was the complete latest information about “Karan Aujla” that we curated through the internet. We at FameImpact hope you enjoyed this article and got satisfactory answers to your questions. The information provided above will be updated regularly. Any mistake that you might’ve noticed or any edit that you want to suggest is always welcome in the comment box below. 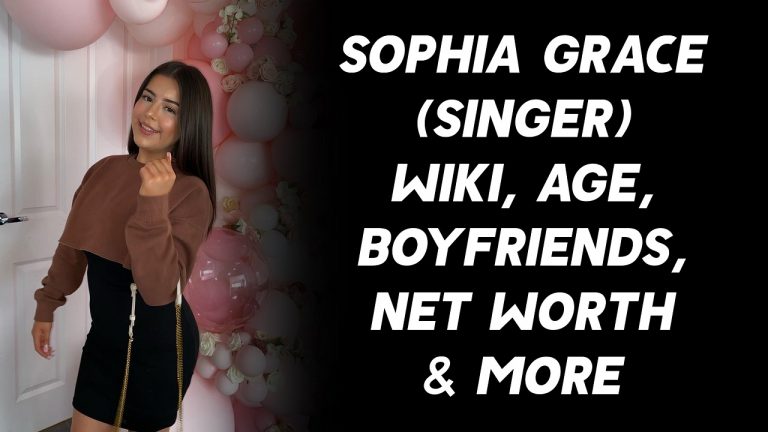 Sophia Grace Brownlee is an English singer and a social media personality. She can be seen together with her cousin… 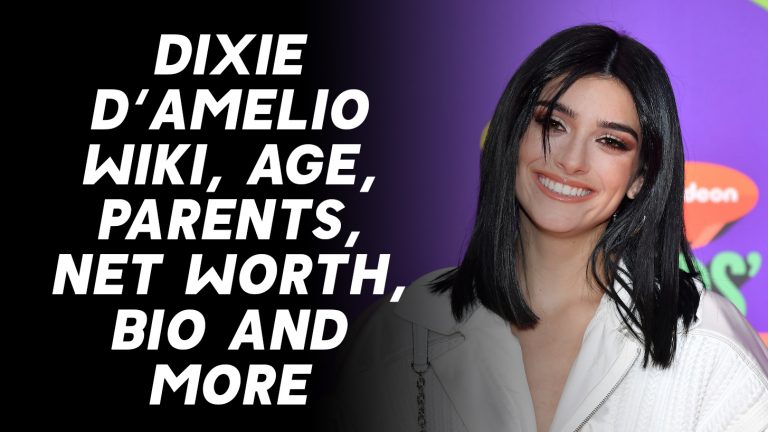 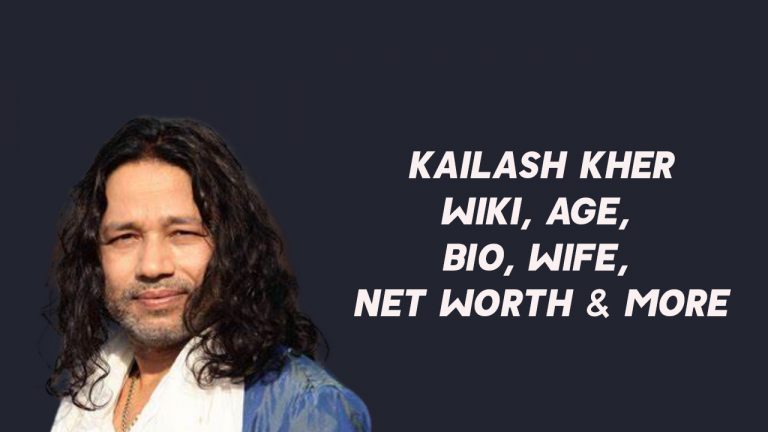 Kailash Kher is an Indian playback singer and tune composer, he sings songs with a tuning style inspired with the… 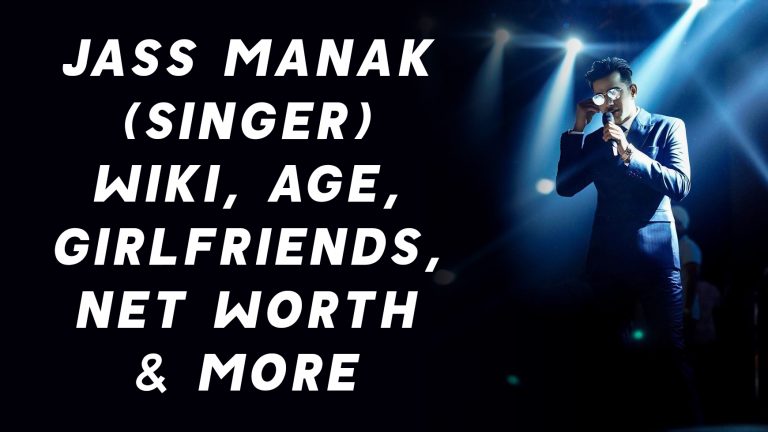 Jass Manak is a Punjabi singer, songwriter, musician, and model. He is best known for songs such as “Prada” and…